KPop Dance Party is a cardio dance party that blends hip hop grooves, jazz funk, and house. KPop, which is short for Korean pop music, is a music genre from Korea that’s known for its infectious, catchy beats and tunes. K-pop can be super cute or edgy, it can also be grounded in hip hop sounds and elements. This Kpop dance workout is upbeat and will get you moving the entire time. Oppa!

Try it Free for 7 Days 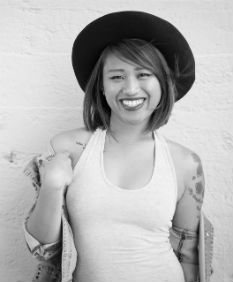 Ally started dancing at age 14 when she joined her dance drill team in junior high. She then began training at various dance studios all over Orange County where she trained in jazz, ballet, tap, and hip hop. She soon discovered her love for hip hop and jazz funk and started to focus on strengthening her craft in those styles. After graduating from Cal State Long Beach with her B.A. in Communication studies, she began to train in various styles of hip hop such as waacking, house, popping, and commercial choreography. She went on to train under industry choreographer Gigi Torres with her dance intensive program, Establish Your Empire.

In the summer of 2015, Ally became a dance instructor at Boogiezone Utopia in Torrance, CA where she created a J-Pop & K-Pop class. She created a dance company called J-Pop Dance Party where she travels to different anime conventions and events and teaches hip hop dance workshops.

In addition to her dancing and teaching gigs, she is currently the Artistic Director for the Anime Expo Maid and Butler Cafe, where she directs and choreographs for the shows. Ally is excited to bring her Kpop dance workout to Hip Shake Fitness!

Try It Free for 7 Days