We’re getting good cardio and relieving stress with a fun trampoline workout! Let’s develop better balance, coordination and motor skills together. Afterwards, we’re strength training to reveal your beautiful toned muscles. Let’s have fun and vibrate our highest energy together! 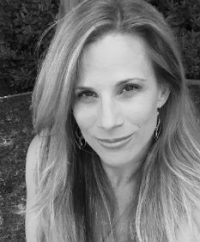 This former Emmy-Winning Producer began her love of dance at the young age of three, started
teaching jazz, tap and ballet classes at sixteen and added Circus Choreographer to the mix at eighteen. But after majoring in Broadcast Journalism at Pepperdine University, she put her passion into making television. After a 3-month-gig turned into ten-years working for ABC's Extreme Makeover: Home
Edition, she decided it was time to take a “break” to focus on her kids.Then, she discovered Barre and credits it for getting her body back.  For 4 1/2 years, she devoted herself to the practice, and was recruited to instruct.Diane also teaches YOGA to kids, and has never felt healthier, stronger and happier in her life! She now owns BarreWorks Redondo Beach, CA take a class with her if you're in the area.