Anne Marie Iniguez / June 26, 2016
Broadway style dance will always have room in my heart and with the success of Hamilton, it is now getting a Hip Hop makeover. I was very excited to take a Broadway style dance class and what better day to take it than the day after the Tony Awards. I got even more excited when I found out from our instructor Tor’s instagram that we were dancing to the Schuyler Sisters from Hamilton. So I put on my jazz shoes and was ready to #werk.

What I expected from Broadway Dance

I do musical theatre so I have experience with Broadway style dance. However, I have never taken a class with Tor and have never dealt with Hip Hop in a musical. Being familiar with the song, I’m expecting a lot of sass. The Schuyler Sisters is my favorite track from Hamilton and it’s a track that you definitely want to get up and dance to and just snap your fingers in every direction. Broadway in general brings very enthusiastic individuals together so I’m expecting a lot of people who shares the love of musicals and just there to have fun.

Our instructor Tor Campbell, born and raised in Milwaukee, started his life on stage at the tender age of 12. He pursued dance and choreography in New York and has travelled all around the world performing and teaching. His style is very worldly and he melts many genres together, but makes them so fluid that you won’t even notice. He is loved by his students and you can tell right when he walks in the studio.

He is loved by his students and you can tell right when he walks in the studio. 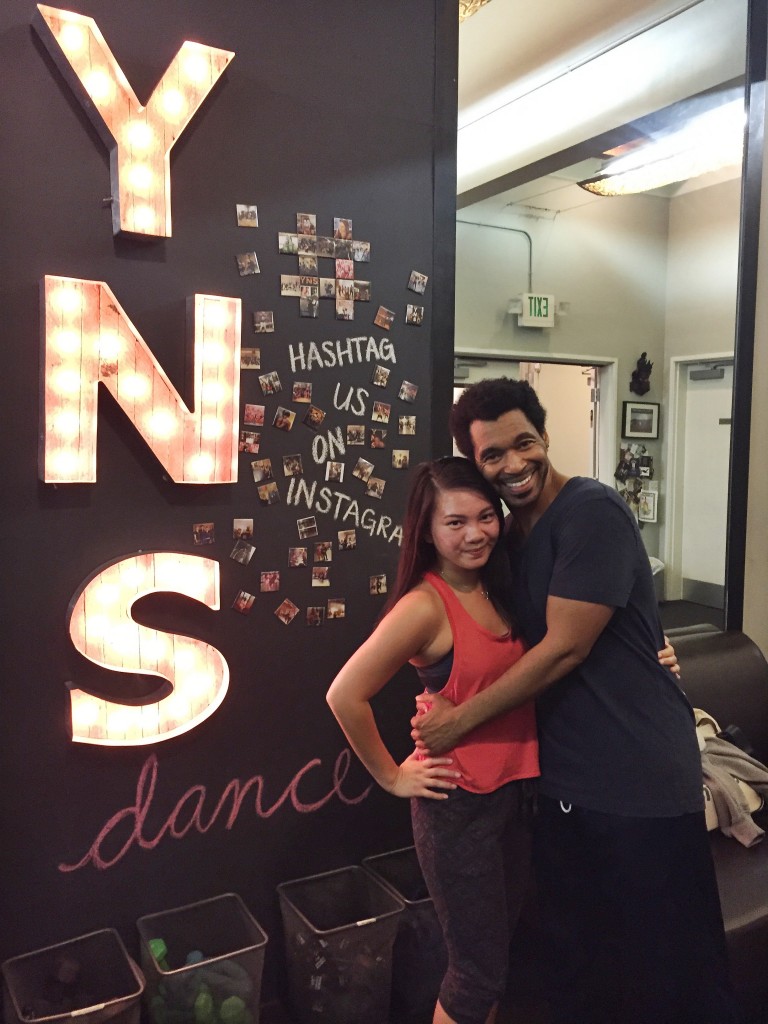 Tor and I after the Broadway class

If you have not listened to the Hamilton soundtrack, have no fear, it’s on Spotify. And if you just want to hear The Schuyler Sisters, I got you too!

How was the Broadway dance class?

Tor’s class was fantastic. He teaches a few counts/moves until everyone is comfortable dancing to it with music. I appreciate him taking the time to breakdown all the moves for everyone since it’s an open level class. For this routine he mixes hip hop, funk and jazz together very well. For me, Tor’s choreography went so well with the music that it became natural to my body so quick. I found myself barely thinking about what moves to do next because my body already knew it. What I loved about the class was the students passion for Broadway… for Hamilton. Tor would dissect a move without the music and everyone would start singing a part of the song. It was a theatre nerds dream and it was truly magical. My favorite part of the class was the different tempos that Tor used throughout the song. Some moves go exactly to the beat while others use the off beat or even double time. I feel a certain type of accomplishment when I hit those tricky dance moves and start to look forward to that part of the choreography. Tor’s passion for dance shines through his class and there’s nothing more special than seeing a dancer’s eyes light up after watching his choreography come to life.

Tor’s Broadway dance class certainly reignited my love for Broadway and dance. It showed me how far it’s come and how much further it will go. If you have a Broadway style class in your favorite studio, I highly recommend it. If you’re around Los Angeles, check out Tor Campbell at Your Neighborhood Studio, I promise you’ll leave drenched and with a giant grin on your face!