Inside The Kickstarter Shoot: Dance Workout

Hip Shake Staffer / April 28, 2016
It was a Friday, March 11 at 6pm when we scheduled to shoot the dance workout scenes shoot for Kickstarter. We shot the scenes at Beat Box Studio in Culver City, LA. We planned to shoot two videos, ‘Lips are movin’ & ‘Old school hip hop’ within 4 hours. Usually, we don’t get rainy days in LA but, of course, it rained on the day of the shoot. When it rains, it definitely pours! -_-  We originally had 10 dancers but only 6 showed up. We are so grateful to Mimi, Melissa, Lillian, Kendra & Maddy who braved LA after rain traffic and showed up to our shoot!  We were off to a rough start, but everyone was in high spirits.

We were off to a rough start, but everyone was in high spirits.

We started setting up at around 6 pm so that we would be ready to start the shoot by 7 pm. We started with moving the big wooden graffiti signs around.  These were very heavy! Good thing we had Paul, Ben’s muscles.  Charlene also brought EZ sliders from Bed, Bath & Beyond to help! It still took 4-5 people to move them around but we pulled through! 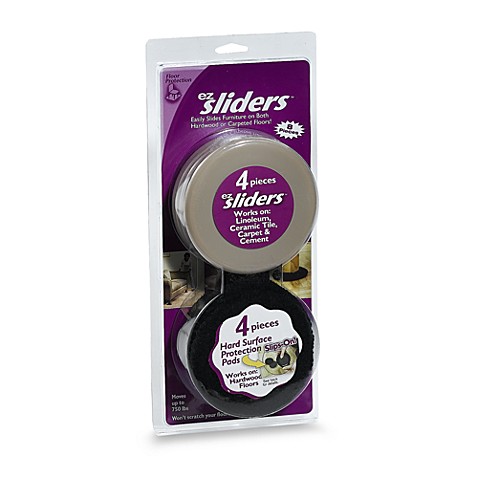 Paul & Ben moved around camera and lights to check for the right angles and lightings for the final shoot while our backup dancers arrived one at a time.

Shortly after our dance instructor Ashley arrived, we started with our first part of the shoot. We wanted to capture Charlene and her friends in a dance workout class having fun!  She had prepared a routine to Lips are Moving by Meghan Trainor. Ashley chose steps which were fun, energetic and easy for to follow.

Ashley chose steps which were fun, energetic and easy for to follow.

Charlene did a quick pep talk, Ashley did a quick warm up and we went for it! We probably did at least 15-20 takes.  You get really tired of a song after a shoot. Thankfully, it was first part of the shoot so everyone still had the energy even if we had to dance to this song over and over again. By the time first video was wrapped up, everyone was tired. So while our videographers were checking if they got all the angles they needed, everyone else took a break. 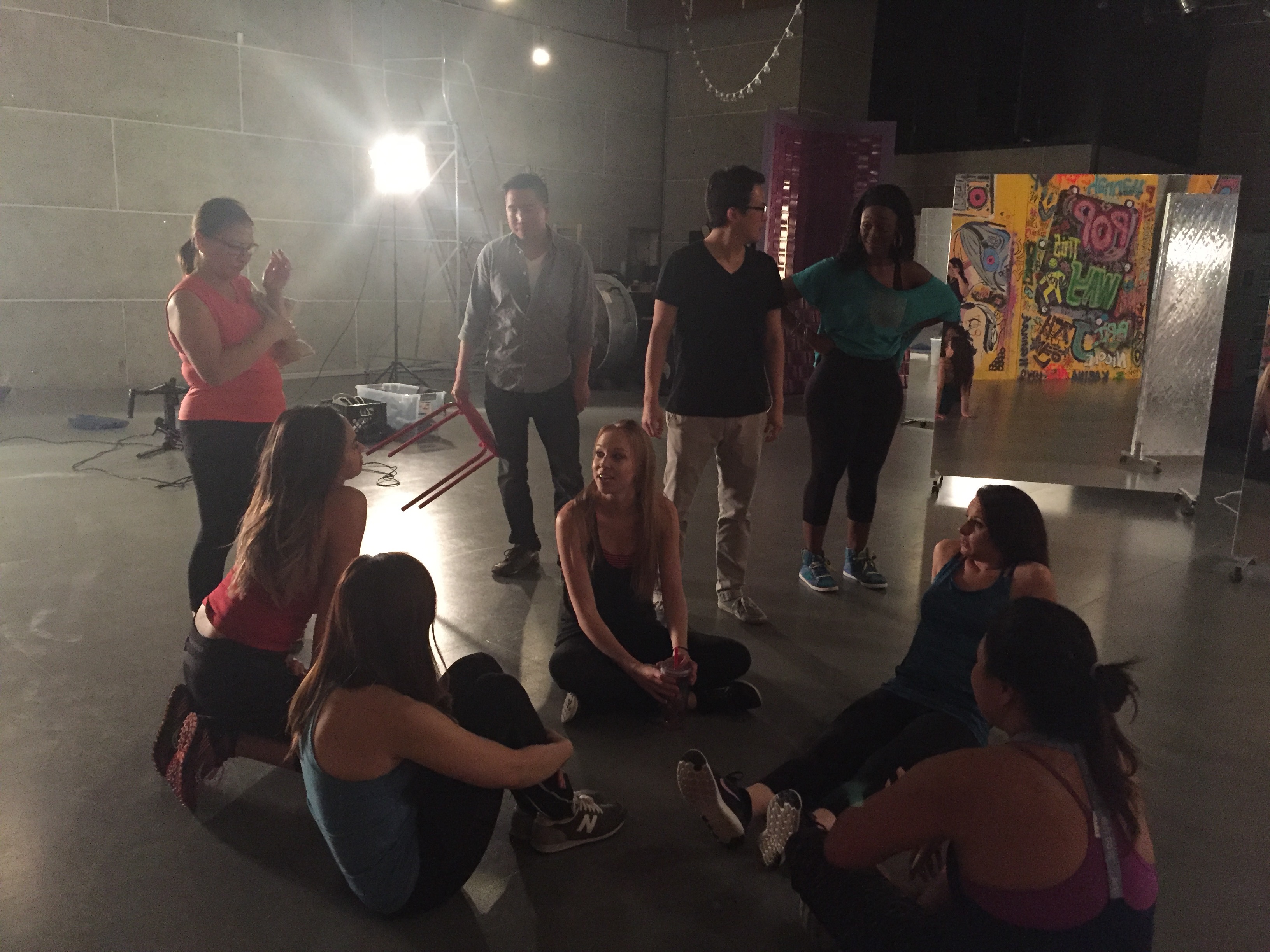 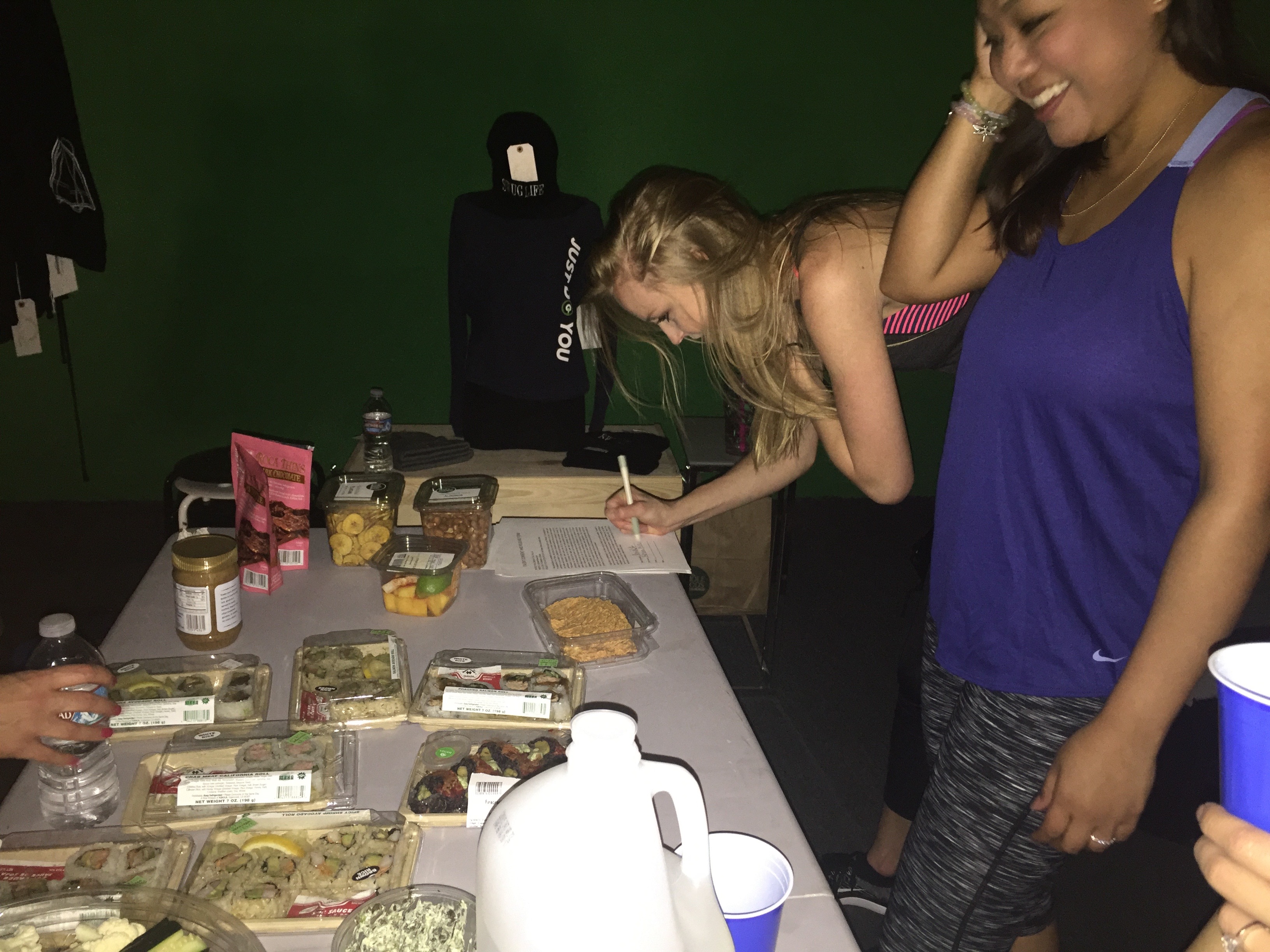 We had some healthy snacks available for everyone! Sushi, plantains and uh almond roca -_-

Check out this short clip of the 1st dance workout.

Video 2: Creating an Old School Hip Hop Video for the testimonials to use

(Of course) We were late by the time we started the second part of the shoot. Good thing everyone was having fun. It was a Friday night after all and girls just wanna have fun! Everyone was pretty tired by the time we got to the 2nd video. Thankfully, we had a room full of positive women who get things done. There was no one complaining!  I think it also helped that all the backup dancers are successful women in their own right. They came to support Charlene, workout and have fun!

All the backup dancers are successful women in their own right! 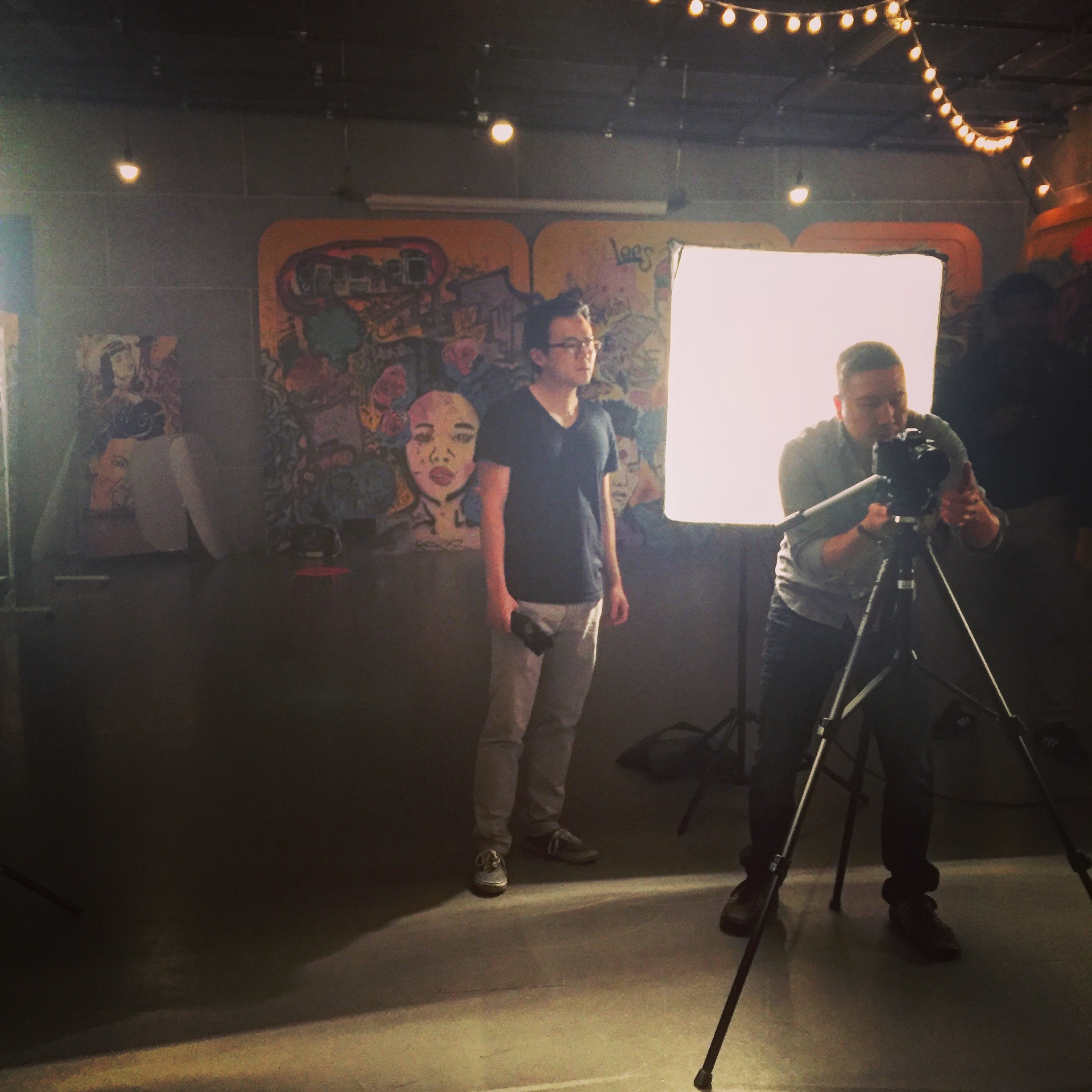 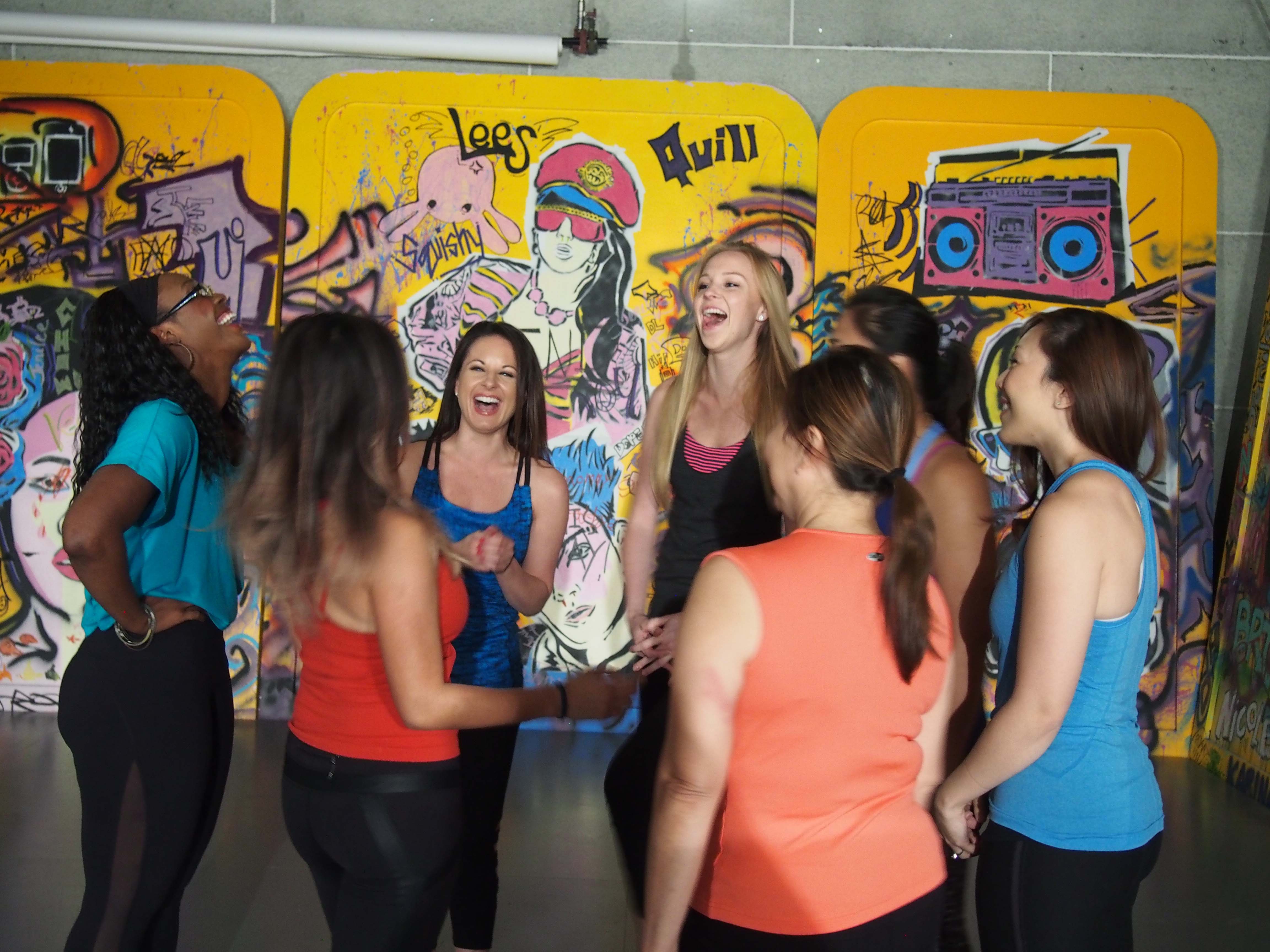 We are so grateful to our backup dancers (Maddy, Melissa, Kendra, Lillian and Mimi)! It’s great to have friends who support you and show up. It’s also great to have an epic team. Manisha – all around help + Paul & Ben – video + Ashley – dance instructor.

It’s great to have friends who support you and show up.

We are currently funding on kickstarter! Access dance workouts anytime, anywhere. Get up to 50% off our launch price if you pledge now!

behind the scenes dance workout kickstarter

Best Old School Hip Hop Moves That You Should Know